Why Do Tech Giants In America Prefer Indian Developers? 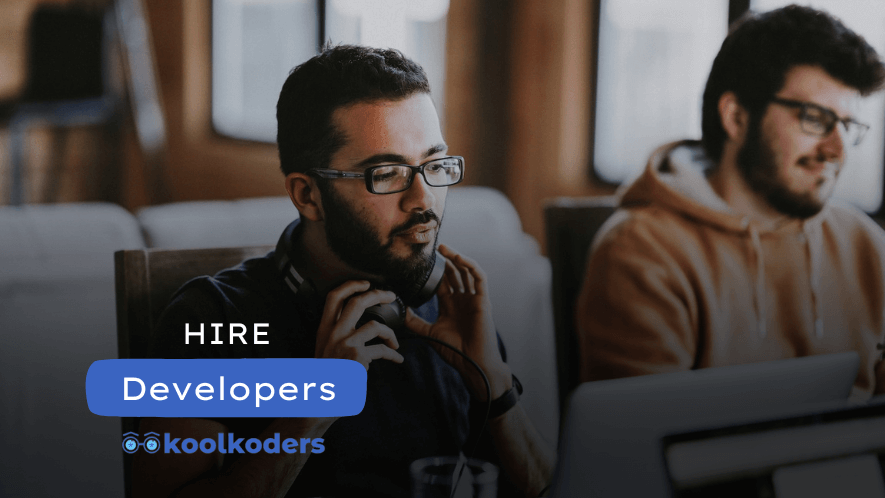 America is one of the most developed countries in the world. It’s a dream work destination for every occupation. It has more than sufficient experts, highly educated engineers, and geniuses. But statistics show America is leaning toward India for hiring developers for their huge tech companies. Every company wants to hire a quality tech team. Many factors decide where to source or outsource capable developers.

India has a market of uncountable talented Indian developers. With the popularity and development of the IT sector, Web development, etc has become an interesting captivating career choice among youths. Every 4th person in India is directly or partially connected to the information technology industry.

America is benefitting from this market. It is outsourcing our developers by approaching technology companies in India or other job portals for their MNCs, companies, and start-ups.

Let’s highlight some benefits and reasons for this tilt of Americans towards Indian developers.

It’s a golden rule of any market that there exists an inverse relationship between the supply and prices of goods and services, given demand is constant. If the supply increases the prices fall below equilibrium. America finds its developer’s market in India.

Developers in India have less pay scale than what an average American developer would have. The average salary of an Indian Developer is INR 520000 which is equivalent to $7000 per year.

This argument is backed up by the fact that currently, India has about 27.5 lakhs, web developers. Since web developers are in abundance automatically cost of hiring decreases by about 50%. As a result, tech companies in America have to offer comparatively lesser pay than they would have offered to their local developers.

This makes an affordable and alluring deal for tech giants in America to hire Indian web developers.

The art of communication is the language of leadership” Programming languages, applications, and web designing studios set English as their standard language. Of course, one can perform all this in their native language, but English is a global benchmark and ultimately translation would be needed.

Indians by birth are very fascinated about learning English. The English language is part of every school’s syllabus which also makes it the second official language of India.

In India, more than 138 million citizens are fluent in English with the majority reporting English as their basic language which makes it 2nd most English-speaking nation after the USA.

This makes Indian Developers a perfect match for working without linguistic barriers in American companies. Recruiting Indian web developers will not only guarantee high skilled employees but also the best communicators.

In India, millions of students opt for Software Engineering and STEM majors as their career options. Every year top Indian institutes produce more than 2.6 million IT graduates. Globally, the technology stream is considered tough.

America faces a STEM crisis which states that “India and China are leading in IT industry while many American students leave midway considering its too difficult or too time-consuming.”

Thus, American companies are forced to turn to the pool of Indian Developers for picking qualified prodigies.

human civilization has made it successfully to the 21st century…earlier the necessities of survival were land, food, and shelter but now it won’t be wrong to say that good internet connectivity too now has managed to fit in the above list. In today’s world having a robust internet system is the prior need of any business to grow. Therefore, we can state that Growth is directly proportional to internet connectivity.

On the other hand, the internet infrastructure in India is rock solid and extensive. Here are some of the stats to justify the above statement.

Almost half of the population in India has access to fast internet which is about 718,000,000+ internet surfers, giving it the title of 2nd most connected nation in the world. On average India was the nation with 500 million active smartphones in 2019.

Easy access to internet services and the booming interest in IT of the young generation is collectively driving the popularity of the tech industry in India.

India is prospering in the Information technology sector for the last decade. It is enriched with educated manpower. New, young, and passionate engineers are being born each day making India a one-stop destination for American recruiters.

The affordable costs, language compatibility, abundant remarkable talent, and availability is increasing the outsourcing of Indian developers in India. Foreign Tech Tycoons like Oracle, HP, Dell, etc. have outsourced their several business projects with Indian outsourcing organizations. Hence, India is the heart of outsourcing technology to save time, and money and ensure the refined quality of work.

Delivering Out-of-the-box- Solutions for the Out-of-the-box Ideas, We are a Premium Web Design and App development company, Backed by India’s most trusted Sales & Marketing company Saletancy. We believe in working With you, Not for you!

Made with  By Saletancy