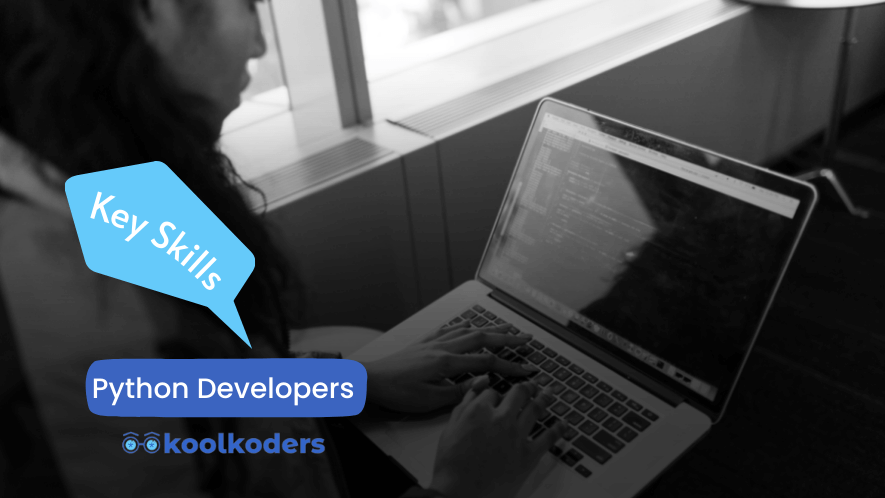 In recent times, Python has emerged as one of the most popular and desirable developer skills. Recruiters are constantly screening job portals to bag the best talent for their company’s IT department. What’s the reason behind this exclusive attention toward Python Developers?

Python is a versatile web designing and programming language which is used to create applications for Artificial Intelligence, data science, machine learning, and other in-demand sectors.

This cascading rise in demand for Python Developers has inspired many computer literates to learn this language. Thus, the population of python developers has escalated in the market. The search has become too crowded and amusing for the recruiters. It’s difficult to narrow down the giant availability of prospective developers. So, how to make a smart choice?

The answer lies ahead. The skillset below is all you need to qualify the incoming candidate surge and select the perfect developer. Make sure to read till the end for thorough knowledge.

An exemplary python developer must display the necessary skills. Recruiters should look for:

: Every subject has its core concepts that lay its base. Python developers must be well versed in basic python concepts like loops, common syntax, tuples, operators, etc.

The core components are building blocks of python programming. Therefore, for making an application, it’s necessary for a python developer to have this salient skill. Judging core concepts aptitude is the first step- verification of a Python Developer’s potential.

Businesses use these frameworks to speed up the project cycle. Therefore, Python developers should be aware of one or more frameworks for better efficiency of work

Two universally renowned web frameworks for Python are Django and Flask. Your ideal candidate has to have one of them in his skillset.

: ORM is a programming technique to write queries, and convert data between text systems using object-oriented language rather than SQL. It enables Python developers to write programs using a “Virtual Object Database”.

Python Library is one of the most sought advantages of python programming which makes it swift and easy.

Python Libraries are a collection of pre-written codes that can be reused and embedded while creating a new application. It saves the time programmer and forges simplicity. Two renowned python libraries are- Matplotlib for graphical representation and data visualization, and TensorFlow for AI and machine learning.

Python Developers should have the ability to identify issues by unit testing the code and rectify the errors through debugging. Python allows the developers to test and resolve system glitches without front-end user interaction. Therefore, Python Developers must be proficient in troubleshooting the bugs.

: Python is one of the most recommended languages when it comes down to making data science products like business intelligence dashboards hence it becomes a compulsion for python developers to be skilled in data science and acquire skills in Data slicing, Data visualization, Statistics, Machine learning, etc. to make and be good in making business intelligent products. “A skill learned is never wasted”

Similarly, a developer who is skilled in a computer language like python will never go to waste for a company, even though the firm’s requirement won’t be of a data scientist but still a python developer who is well skilled in data science will come out as an asset for the following firm which they work in and that’s the reason why now top Python developers job company look for skills in data analytics before recruiting their employees.

Front-end development might not be a cup of tea for python developers but still, it is a compulsion for any python developers to have a basic understanding of computer languages like java, HTML, and CSS as both frontend which comprises of computer languages like Java, CSS, etc and backend which comprises of python codes, are required to work in sync to make a product work ideally. Besides recruiting developers from other platforms might help to increase the engagement with other teams which will eventually help to provide technical input.

“Greater the knowledge wider the vision”

Similarly, database management might not be part of the same group and be a distinct role play, but having basic knowledge about database languages as applications of python majorly rely on the database, which may result in the making of faster products independently without relying on any other group of people.

: In today’s world cloud computing has become the basic requirement for any firm so recruiting a python developer who is well skilled in at least one of the cloud technologies like Microsoft Azure or AWS might change the whole game for the company as cloud computing is required for running any application.

Python is a Universally accepted programming language that is growing statistically higher yearly.

The demand and availability of qualified python prodigies have surged since the booming interest of aspirants in this field.

Therefore, it’s necessary to create a skill checklist of python developers and evaluate their caliber on basis of their inherent knowledge before hiring them for your company. Recruiters must look for maximum key skills in a candidate to ensure future success and avoid the entry of inappropriate developers.

Delivering Out-of-the-box- Solutions for the Out-of-the-box Ideas, We are a Premium Web Design and App development company, Backed by India’s most trusted Sales & Marketing company Saletancy. We believe in working With you, Not for you!

Made with  By Saletancy